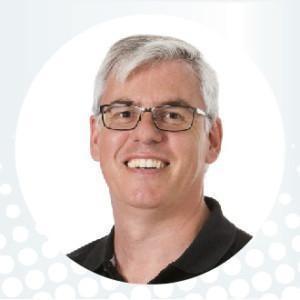 When one of Finland’s leading inspection station chains offered Dekati an opportunity to test the ePNC™ sensor in practice, they gladly accepted.

– We definitely wanted to test our device in the real environment for which it was developed, says Business Development Manager Peter Lambaerts from Dekati.

During the two-week testing period, the fine particle emissions of about 300 cars, trucks and buses were measured at a Tampere inspection station.

The device passed a more demanding test than its normal use will be. Upcoming new legislation for particle number measurement will only apply to newer diesel cars, but during the testing period, the ePNC™ was used to measure any vehicle entering the PTI station, regardless of age, model or engine type.

– The most important observation was that the sensor can precisely detect both the lowest and the highest particle emission levels and withstands heavy loads. In the beginning, we assumed that new cars would have lower emissions but we found out that a well-maintained old car might have lower emissions than a poorly-kept new car. The oldest car we tested was a 1948 Cadillac, Lambaerts says with a laugh.

At the same time, we gained an understanding of what to expect if the ongoing legislative change in several European countries comes to Finland. The concrete information on how the current car fleet will meet future emission limits was of interest not only to the people at the inspection station but also to the car owners that participated in the test.

We found out that up to 30% of the diesel cars that were equipped with a diesel particulate filter had particle emissions that would exceed the planned legislative limit levels. Nevertheless, these cars pass today’s PTI emission smoke meter test without any problem because the current technology is not capable of detecting defective particulate filters. The particle emissions caused by these highly polluting cars can even be thousand times higher than those of well-functioning cars. This again underlines the need for a much more accurate PTI emission test technology such as the ePNC™.

The knowledge of the number of fine particles in the exhaust was eye-opening and raised questions about both the breathing air and the environment.

Lambaerts has already had time to present preliminary statistics on measurements to an expert audience, and Dekati’s patented measurement technology attracted a lot of interest.

– The results for the ePNC ™ sensor were great. The device is accurate, durable, and ready. That was the main result of the field test, Lambaerts concludes.